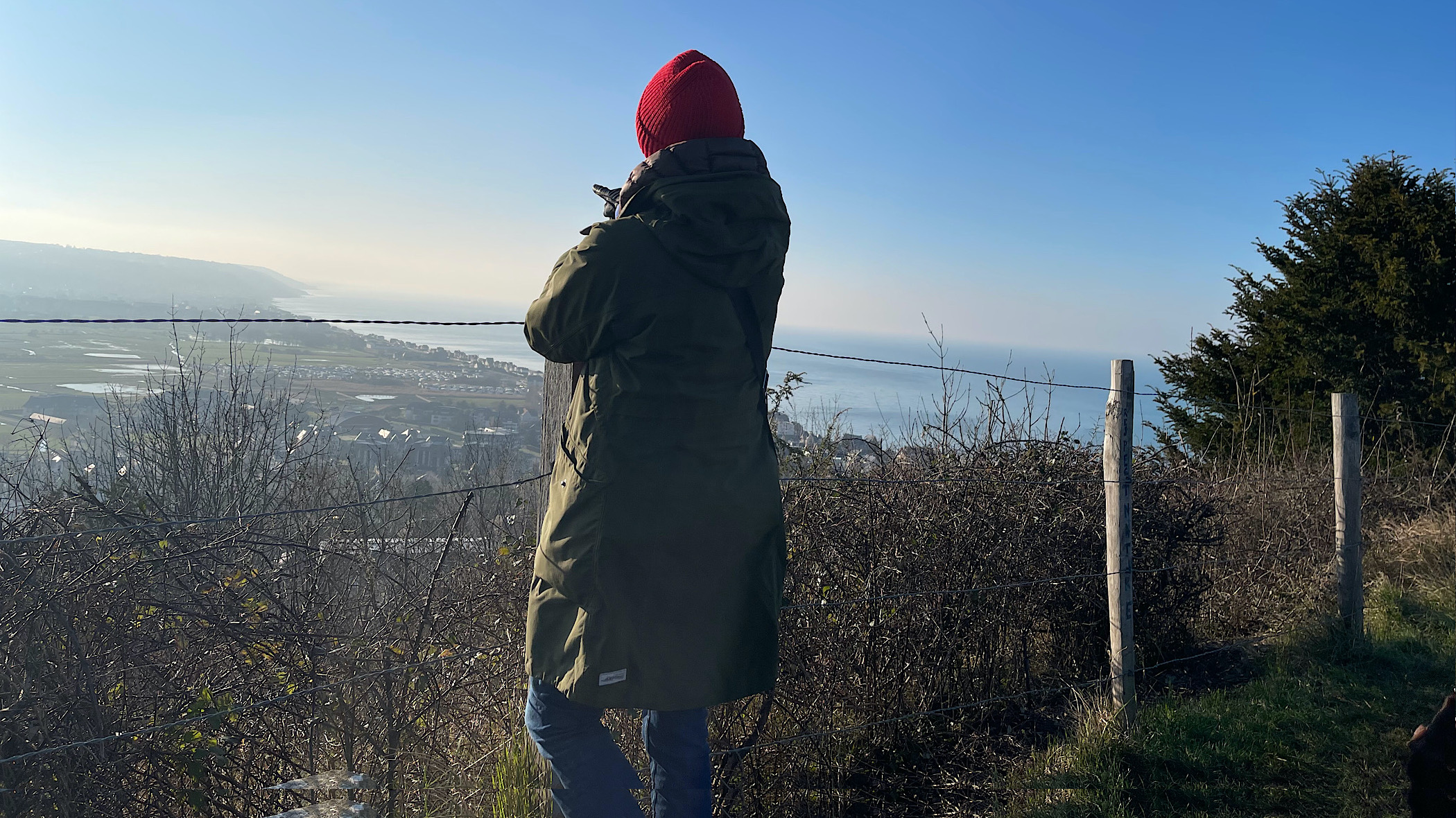 First of all: Forget my nonsense from yesterday, about gray coat and so! The sun has accompanied me from early to late through this Monday.

And that meant – together with Carlo – first a maid task in the 4 (a very nice apartment; and the one with the best kitchen). After that, a walk with Brodie at Mont Canisy was planned. Oliver and I checked in (I admit: on my initiative) at Maison du Monde first, though. Only then did we go for a walk. And then we enjoyed the early, already somewhat fresher evening sun in front of Le Cyrano in Deauville (we really sat outside – seriously). Back at the hotel, the day embraced us tightly once again: the light show after five by the sea was simply spectacular.

What can I say? – A beautiful day!

Situated a good 100 meters above the sea, the view from here is of the coast, of small towns on the Côte Fleurie whose Belle Epoque villas press up against the beach and string together like pearls, and of the flat marshland beyond. There are various benches to enjoy this view. But there are also the old “concrete bunkers” (so-called casemates, i.e. fortified vaults for protection against artillery fire) that you can climb and wander through. The whole thing is a bit strange. Especially when you realize that cannons were actually detonated in the craters, some of which are quite large, during World War II. From here, the estuary and the port of Le Havre were to be secured. And yet it feels right that the rugged nature reserve, with its hidden paths and walls, is a reminder today of those dark times. 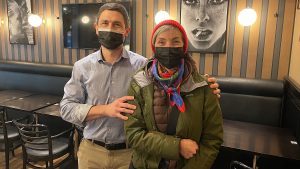 Oliver introduced me to Arthur Van Colen, the patron of Cyrano. Coming from a gastro dynasty in Trouville, he started his own pretty daytime cafe in 2021, right in the middle of Corona. It’s located on one of Deauville’s busiest streets, but overlooks a small park with mature trees. “My guests are a colorful mix: old and young, less well-off and better-off, from all walks of life,” says the friendly father of two young children. He opens very early because many on their way to work (including the jockeys from the Hippodrome) have their first coffee here. And the good cuisine is also in demand at lunchtime. Really, the Cyrano is perfect for an after-work drink or a little apero on the way home. It closes at 8:30 p.m. and then Arthur, satisfied with his success and his “super èquipe,” also goes home to his family.